Nicole is one of the Chic Boutique Groovy Girls from 2005.

Nicole has long, straight, two-tone red hair in pigtails. She also is tan-skinned. She wears a light pink sundress with black flower designs all over it. The spaghetti-strap dress has pink ruffles on the top and bottom of it and three pink ribbons with black polka dots running across the top, middle, and bottom. The middle one is in a bow. Nicole's fishnet stockings are light pink, as are her heels. However, her shoes have black accents. 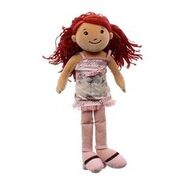 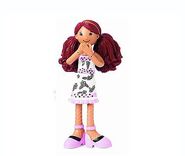 Add a photo to this gallery
Retrieved from "https://groovy-girls.fandom.com/wiki/Nicole?oldid=7872"
Community content is available under CC-BY-SA unless otherwise noted.